Hugs come to There!

After 5 years of asking for this feature from the There community, we now have hugs!! I personally like the animation of the hugs. There are three types of hugs: Male to Male, Male to Female, and Female to Female.

This feature was 100% secret. At the last moment before the release came out they posted the following in the "News and Events" Forum:

Members-We have some last minute updates for todays release. Please follow this link to download some additional assets:

Thank you for your patience and understanding,
The There Staff "

I had no clue when this post came out. I just remember thinking to myself "Oh man, I need to download something else!" I couldnt wait to get back into There after I saw that video!
Posted by StephenWiz at 8:53 AM No comments:

Place of the Month - February

This month's winning "Place of the Month" Goes to... Island Tours East! This small tropical village located in the Upper Tiki Valley is complete with Spa's, Shops, and More! This village used to be home (Or Spawn Point) To lots of new members back in the day! So thats why this is the winning place of the month!! 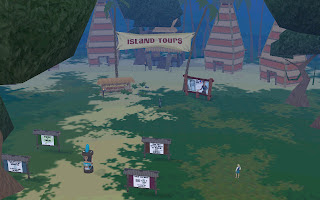 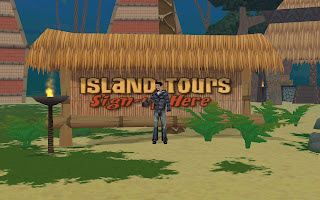 Have you ever visited Egypt and wondered...Why the barrier is there, or anything at all! Maybe you just had some kind of theory about what Egypt is or what it was supposed to be? Well I went there to find some answer! I visited some early members of There, To local Egyptian-Thereians. First, just like anyone else, I teleported to Egpyt and looked around. I thought to myself "Interesting place...Wish there was more things to do here." So, I started walking around asking myself questions such as, "Why are the barriers there?", "Why didnt they make Egpyt bigger?", and "Where is the tomb?". The "Where is the tomb" question is an interested one because I know that its in the building. But if you turn your Xray on, ( /xrayon ) You wont see it. Strange. So next I tried turning on my Zone Lines ( /zones ). And the zone for the "Tomb" is set back from the building that everyone thinks the tomb is in the building. (See picture Below)

After about two weeks of looking for, and visiting Egypt I have found out that at the November MAB Meeting, It was mentioned that they are going to look into removing the barrier walls. The original reason for the barriers were to keep the members in the area, So that it gave the appearence of being in Egypt in a vast desert. Back in 2003/2004 There planned on adding on to Egypt, Such as adding Funzones, Homes, Gift Shops, More tombs. Yet in 2005, When Makena got There, The plans changed. And now Egypt is staying as is, for now.

-See you next time!

Posted by StephenWiz at 7:55 AM No comments: 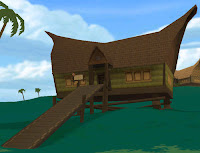 Interested in working for a club? Consider working for Club Metro! Join the Applicants Group on StephenWiz's Profile! Applicant Classes Starting this week!! Click on the links below to sign-up for events at our ClubHouse this week!

Hi everyone, I thought that I would mention my club in my blog! So here it goes. I own a club called: "Club Metro" It doesnt have anything to do with CC Metro, And my club was created way before CC Metro. Club Metro is a nightclub, yet we have game events, classes for new designers to learn the ropes, and if you are a Staff member you can host anytime and whatever type of event you want! 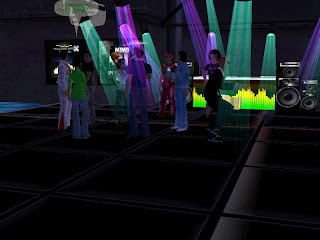 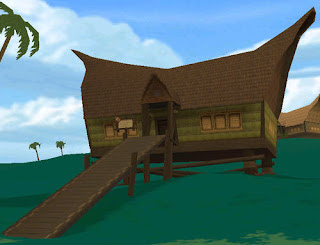 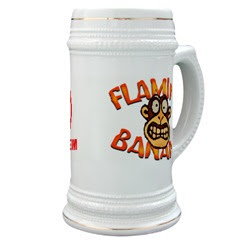 Recently, I was browsing threw the old weekly Newsletters, and came upon the CafePress There Shop! So I decided that I was going to try it out and buy something, then post it on my blog. So here I am! Posting about my experience with the CafePress There Shop!....Last week I purchased a "Faming Banana" (For $20) It arrived today, And I couldnt wait to open it. Once it was opened and in front of me, It was better than the picture on the Shop Site! Its a ceramic deep mug with the "Flaming Banana" with the monkey on one side. Then on the other side it says http://www.there.com/ with the logo, and inside the logo is a flame and a banana! I would highly recommend buying something from the There Shop! :)

Posted by StephenWiz at 11:52 AM No comments:

Place of the Month- January

This monthes winning "Place of the Month" Is....Metropolis! This Neighborhood is a sky city complete with stores, streets, customized bank, and loads more! The owner, Seg_Vio, Started out with a Paz Community high above Dune Valley. After a couple of monthes he decided to move the Paz Community into a Neighborhood. It started out on the ground, but then evolved into a thriving city! Metropolis also has its own Club and Police force! Check out the picture's below!! 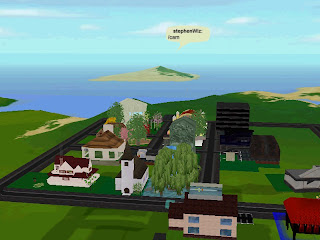 -Metropolis as a Sky City! 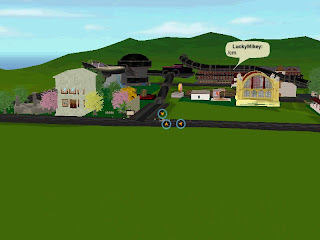 -Metropolis as it first started out on the ground. 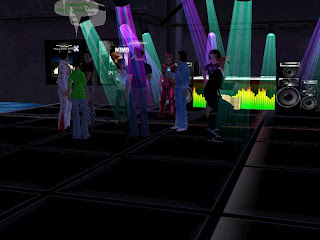 -Club Metro, Where Events are hosted regularly!
Posted by StephenWiz at 6:34 PM No comments:

Longest Highway in There?

Yesterday (January 2nd, 2008) The Grand Opening of the Expressway from Metropolis to Lagoland opened!, built by Mcging, it took 4 Hours to build stretching 1475 Meters long! It starts out in Metropolis and finishes in Lagoland. Mcging did not put the highway out until the event started and the builder/owner (Mcging) Was present. This was a very cool experience to see the first expressway and largestest being revealed. Check out the picture's below if you couldnt make it to the event! 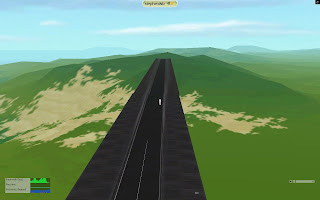 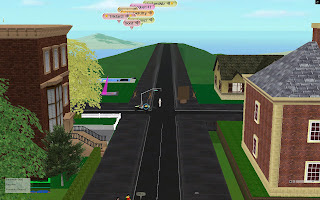 - This is the beginning of the long stretch of highway! 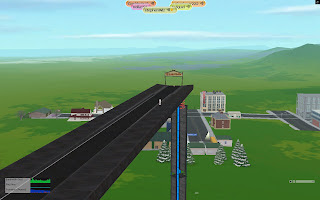 -Here is the end of the Highway, ending at Lagoland.

Posted by StephenWiz at 6:22 PM No comments:

When CosmoGirl Village was first being built sometime in early November, I used to hang out there alot, there were always There Staff lingering around! So I found this avie ->
Her name is Av912! Such a cool name isnt it?! She definitly caught my attention, I mean come on she is all white, and she even moved! She ran up the mountain nearby looked down at us, then ran back down. I started calling her "Blinky's Cousin" because she is one of the relative's of the Blinky Family! Along with Tellis and Blinky of course!

Posted by StephenWiz at 5:14 PM No comments:

Posted by StephenWiz at 3:49 PM No comments:

Place of the Month -December

This month I am starting a new section called "Place of the Month" Which is where I will post cool and fun places to go. This month's location is....MaidenFlight! I picked this place for, first, its location, Tiki Islands, my favorite island for all of it landmarks and hotspots. Second, it is a There landmark and has such great detail if you look hard enough! 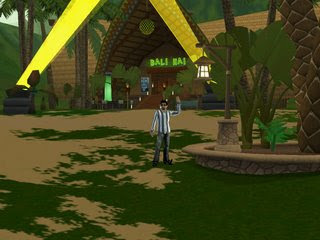 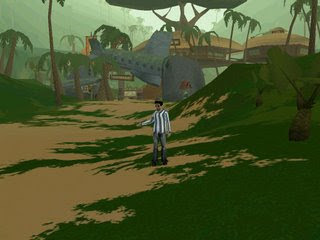 -MaidenFlight
Posted by StephenWiz at 9:49 AM No comments:
Home
Subscribe to: Posts (Atom)